A Cambridge University professor, William Farish, introduced the ‘Traditional Grading Scale’ in 1792. His idea for grading through alphabets is still applied almost all over the world. According to this method, students are assigned letters as grades to process their results quickly. The following grading policy is as follows:

Since we assign the alphabets with a gap of 10 points of percentage, this grading system is also called ’10-point grading scale’.

You might be thinking that this criterion must be perfect since teachers have been using this letter grading scale to compile results. But the real picture is different. Though this American grading system has many benefits simultaneously, educationalists find many flaws in it.

After surveys and discussions with professors, we have enlisted this percentage grading system’s pros and cons.

This grading scheme’s biggest perk is that it is the most widely used criterion for result compilation. The versatility of this best grading system makes it universal. Your grades will be recognized anywhere you go. It turns out to be an easily interpretable and user-friendly method for grading. Everyone knows these criteria, and your results will speak up for intelligence. For instance, virtually, we all know the worth of an A-grade as it represents the student is very competitive and intelligent among its batch.

Just imagine how hard it will be for you to deal with a variety of numbers for a while. Then, it becomes more difficult when you have not only to process them but also compare them. On the other hand, through this A to F grading system, the indefinite numbers can be scaled into just five alphabets. Moreover, there is an option to use S, I, U, and N grades to represent additional remarks like satisfactory, incomplete, unsatisfactory and needs improvement.

When your whole educational record comes in the form of a grade, anyone can have an idea of your performance from year to year, whether you improved or not. Were you consistent with your reasonable rates or not.

You would not deny that seeing grades, and you can guess whether the student has passed or not. That’s why we love this system that is understandable by all and leaves no obscurity. Plus, this standard grading scale not only allows us to compare the students of one class, but we can reach one class’s progress with others by analyzing the overall grade ratios of students. This scheme is useful for teachers to keep an eye on their class’s overall performance.

Effects of grading system on students should also be cinsidere. Here is the darker side to this old grading scale, as mentioned by most of the educationalists.

There might be a chance when you are right in skills but could not meet your teacher’s subject requirements. This mismatch leads to getting bad grades, but the actual student has a deep grip on concepts. So, in this sense, you cannot entirely rely on grades for judging someone’s mentality.

Another negative aspect is that the same grade is given to those who score 100% and the other who scores 90%. On the other hand, a student getting 59% fails because he will get an F grade. However, the student with 60% is considered eligible for promotion to the next class. For just 1% less percentage, a student may have to repeat his course.

We want to mention here that sometimes teachers set their grades according to the class’s highest percentage. In relative grading, a student who might get an A grade in absolute grading can get a B. Hence, this small modification to the regular grading can hinder in getting his favorite job.

According to Robert Talbert, a mathematics professor at Grand Valley State University, this alphabetical grading scheme demotivates students and corrupts the real purpose of education. It is so because there is no clear link between the grades and the capabilities of students. We must encourage students for what they are best at, and they get grades accordingly.

Earlier, we discussed the bright and dark aspects of the traditional grading scales. So, let’s look at other choices that we can adopt as our grading policy at educational institutions.

This method was introduced to shorten the gap in the 10-point traditional grading scale. Each grade has two categories with plus (+) and minus (-) suffixes. This classification indicates the higher and lower performances within these grades. Studies have shown that students put more effort to jump to a higher grade, and this consistent hard work produces significant improvement. Indeed, we will show you the other side too. In this grading practice, the difference between the plus and minus grades is unclear because it depends on the respective institute’s standards.

Besides the method mentioned above, the 7-point grading strategy also reduces the range of a particular grade. The alphabets are assigned to the following divisions:

You can observe, in this modified policy, students with 50% marks are included in the failure category. Therefore, the failure ratio will increase automatically.

Some Helpful Tips For Grading Students

Though there is a lot of importance of the grading system in education, this grading system is not perfect. But its simplicity and benefits have made it familiar. It will be difficult for an institute to opt for different grading systems or a new grading scheme. Don’t worry; here are some useful advice for the education experts and influencers to practice other than grading.

It happens that teachers assign alphabets to their pupils who have any questions regarding grading. It is highly recommendable to meet your students in person, if possible, to discuss their areas of improvement. Additionally, small constructive feedback will aid students to overcome their shortcomings.

Please encourage your students to self-analyze their performance and see their low points. Students must know their weaknesses first if they want to improve.

We have tried to critically summarize the advantages and disadvantages of the traditional grading system. By standardizing the general grading strategy, we will reward the students according to their competency. 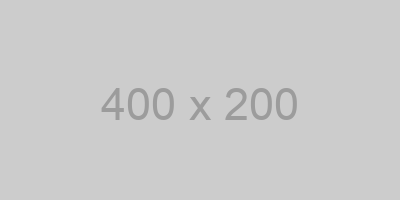 Best Websites For Teachers & How They Help Teachers
Jan 22, 2021

How to Use Free EZ Grader Online | Grade Calculator for Teachers
Apr 29, 2020